I'm leaning towards a Glock 48, since it's on the department approved list for off-duty carry. The Shield shoots perfectly nice and all, but I almost always find myself carrying it with the 8-round extended mag in place and it still conceals just fine. Well, with that extended mag, it's exactly the same grip length as that of the Glock 19, which also conceals fairly well but is significantly heavier and bulkier - more noticeable on my days off when I'm up moving around a lot. The G48 also has the same length/height as the G19, but weighs about the same as the Shield when loaded, is approximately the same width as the Shield, AND carries a couple of extra rounds. Plus there's the 15-round flush-fit mags out there now for the G48/G43X, although I don't know that I'd trust one for CCW purposes - maybe as a backup mag? Soooo, something that carries/conceals just as easily as the Shield but holds a couple more rounds and the grip texture won't cheese-grater my side (even with rubber Talon grips on, the gaps it leaves exposed chew my skin raw and rub holes in my shirts). Might even have enough left over for a holster, spare mags, and rubber Talon grips for it. Extra bonus: the longer slide on the G48 over the Shield makes it less prone to my middle-aged shape pushing the grip outward away from my body and angling the muzzle uncomfortably inward toward my hip/butt.

I would consider getting a non-ported 4" Performance Center Shield in 9mm instead, but for whatever bizarre reason, they're not on the department's approved list, even though there's essentially zero functional difference between it and the M2.0 that IS approved. Go figure. That, and the PC Shield costs around $750 or so locally, while I can get a Blue Label G48 for around $450-ish. I mean, a difference of $300 would sure buy a lot of other stuff ... like, umm ... two boxes of 9mm.

I was kinda-sorta also considering a Mossberg MVP in 5.56 as a just-for-giggles rifle, but quite honestly, my rifle safes are getting pretty full and I can't justify buying another safe and trying to find a hiding place for it in the house (at least not right now). Anyway, I'd probably just play with it at the range once or twice and get rid of it, because I'm too busy/lazy to get into hunting and dunno what else I'd do with it. Also, a semi-auto 12-gauge of whatever flavor would be fun, but again the same applies: dunno what I'd do with it, would probably just get rid of it after shooting it a time or two.

If I could get my hands on a Taurus TX22, I'd be all over that in a second, but they're always gone, sooooo...

Joined Jun 15, 2008
·
7,704 Posts
Get a gun? No, I'll probably have to sell one so I can pay for everyone else to get their $600. Just like last time, when I was forced to finance the $1200 checks. The wife and I get nothing (and I'm even retired). The only way the government can give anything to anyone, is to take it from somebody else first. Enjoy your new guns.

haertig said:
The only way the government can give anything to anyone, is to take it from somebody else first.
Click to expand...

Four years of taking, coming up! 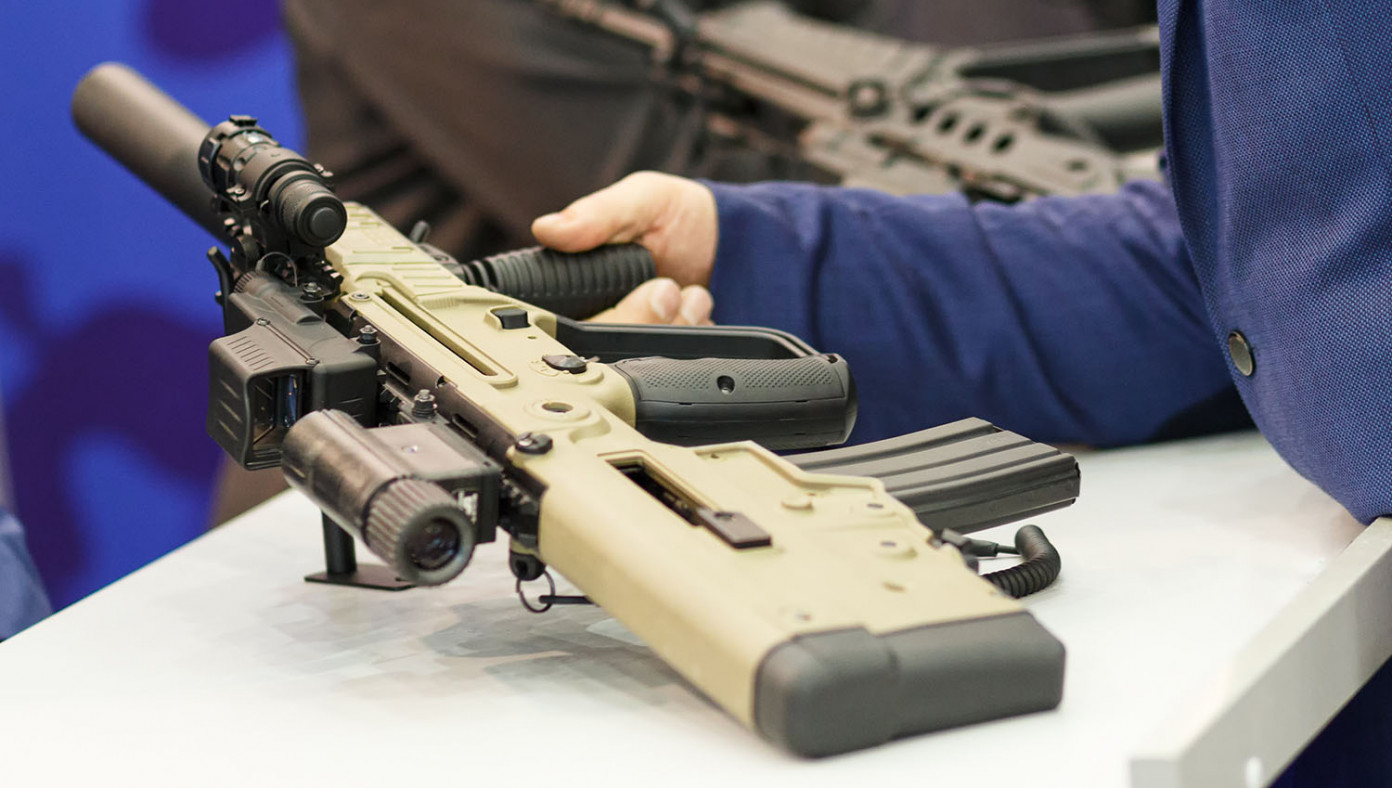 U.S. - Many Americans, in anticipation of a $600 government-issued stimulus check, have treated themselves to a brand new gun. Now that President Trump is calling instead for $2000 checks, gun stores are struggling to keep up with customers returning their $600 guns and purchasing $2000 guns. 'I...

Hey darkwriter77. I was going to make a joke about how you can just buy all the guns and you don't need to justify them, but I couldn't think of a good way to ensure that you knew that I was joking, and it was an in-group joke about something that I do all the time. And yeah, that Glock 48 looks like a great Goldilocks pistola.

Oddly, the only thing on my MUST BUY ASAP list is the P17. I keep checking the websites for Bud's and KYGunCo, but I can't find one locally.

And this would happen after I finally found a gun she wants to buy. Of course it's out of production & everyone went out last winter & panic bought everything on the shelves.

Bruce, I had to dig for the disclaimer. Thanks for the link. Had me going for a bit.

haertig said:
Get a gun? No, I'll probably have to sell one so I can pay for everyone else to get their $600. Just like last time, when I was forced to finance the $1200 checks. The wife and I get nothing (and I'm even retired). The only way the government can give anything to anyone, is to take it from somebody else first. Enjoy your new guns.
Click to expand...

Be that as it may, the $600 is being deposited in everyone's account (or checks are being sent), whether we agree with it or not. Might as well do something with it that makes me smile, no?

Hey, if I had the driveway space, I'd be looking at a cheap project motorcycle, but Wifey already thinks I have too many. A new carry gun, however, is easier for me to justify since I have plenty of pistol safe space left and, being that I have to qualify with it to carry it off-duty (per policy), and I can additionally use it as a carry gun for going to/from work, then I can always justify it to her with this "but honey, it's for work!" excuse.

darkwriter77 said:
Hey, if I had the driveway space, I'd be looking at a cheap project motorcycle
Click to expand...

That's probably why there's not a lot on my current mandatory gun buy list. I bought a bike two months ago and my passion (and discretionary income) has gone in that direction lately. Buying a motorcycle in the late fall in Kentucky is torture. I assume you can ride pretty much year round.

I guess I could always combine the two interests.

Joined Sep 28, 2010
·
3,068 Posts
No guns. Ive lost a lot of my ability to shoot regularly when my primary range went away, and my job is gone as well now (though I don't remotely need assistance yet). I hope you guys can get some guns or other toys with it and enjoy the windfall or that it helps if you are struggling.

As far as the govt checks go... I am not sure what to think (and then I go on and on lol). For a lot of people, its just a tax refund. For some, its free money if they never paid into the system. Normally I am anti-welfare and wealth redistribution, which is what this does, but at the same time, the govt is responsible for shutting down business, killing jobs, etc. I can't say that its ok to shut down the country then not give money to those crippled by it. 600 bucks is a joke, that is like 1-2 weeks relief after 9 months of problems. Its barely even a token gesture. No one asked me but if I were in charge... to qualify you would need to have lost a job since covid and have < $5000 in bank account assets (as of some date that would prevent pulling it out to qualify, of course). That would reduce the number of people getting it, so each could have a higher amount, which is needed for those truly in a bind. For businesses, they would need to have roughly the same number of employees as when covid started to qualify. No money if you cut workers.
L

Bruce, what kind of bike?

Lop, do you have a copy of Chapman's Piloting, Seamanship & Small Boat Handling?
L